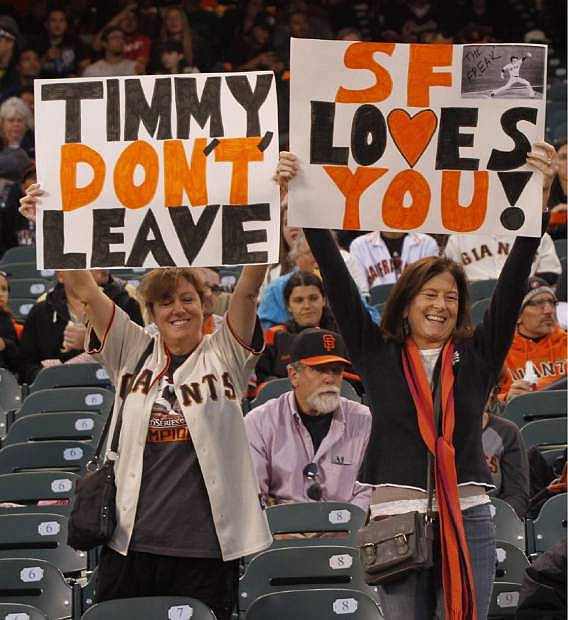 File - In this Sept. 26, 2013 file photo, San Francisco Giants fans hold up signs for Giants&#039; pitcher Tim Lincecum before the start of a baseball game against the Los Angeles Dodgers in San Francisco. Lincecum is staying put with the Giants just as he hoped, reaching agreement Tuesday Oct. 22, 2013, on a $35 million, two-year contract through the 2015 season. The deal is pending a physical, which hadn&#039;t been set. (AP Photo/George Nikitin, File)