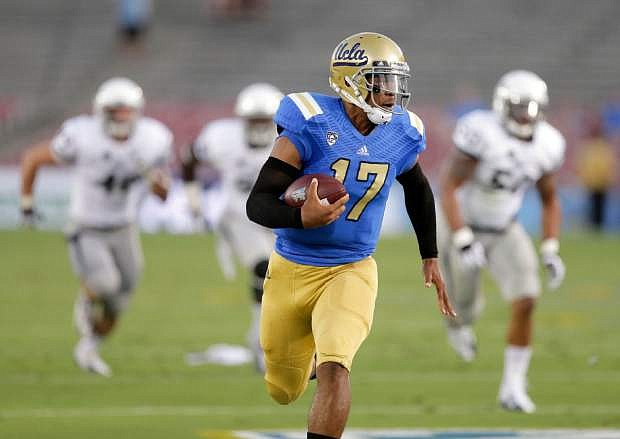 UCLA quarterback Brett Hundley scores on a 37-yard run against Nevada during the first half of an NCAA college football game in Pasadena, Calif., Saturday, Aug. 31, 2013. (AP Photo/Chris Carlson)