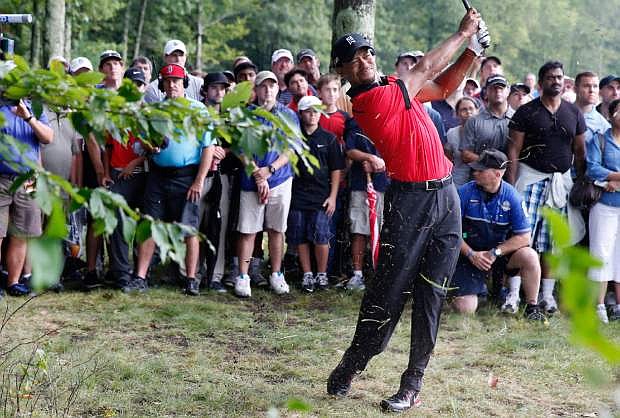 Tiger Woods hits out of the rough on the 12th hole during the final round of the Deutsche Bank Championship golf tournament in Norton, Mass., Monday, Sept. 2, 2013. (AP Photo/Michael Dwyer)