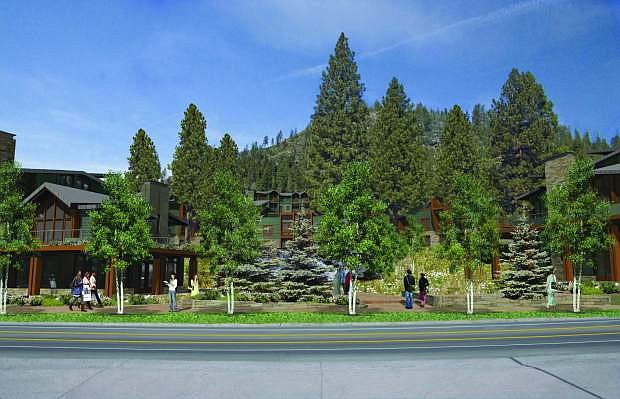 A look at what the proposed redevelopment would resemble on the north side of the Highway 28 corridor in Crystal Bay.