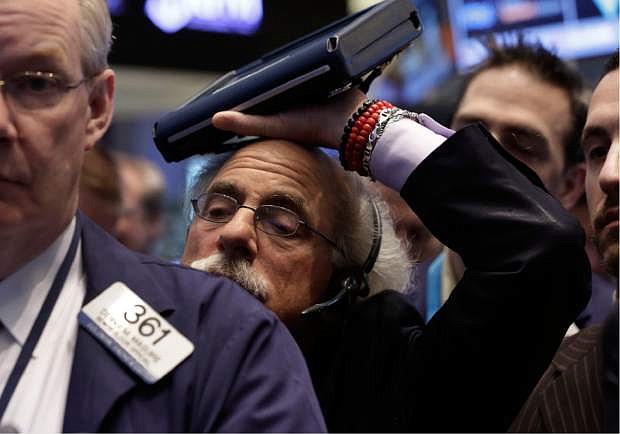 Trader Peter Tuchman rests his handheld device on his head as he works on the floor of the New York Stock Exchange Friday, Jan. 31, 2014. Stocks fell sharply in early trading Friday, as investors fretted over disappointing earnings from companies like Amazon.com and more trouble in overseas markets. (AP Photo/Richard Drew)