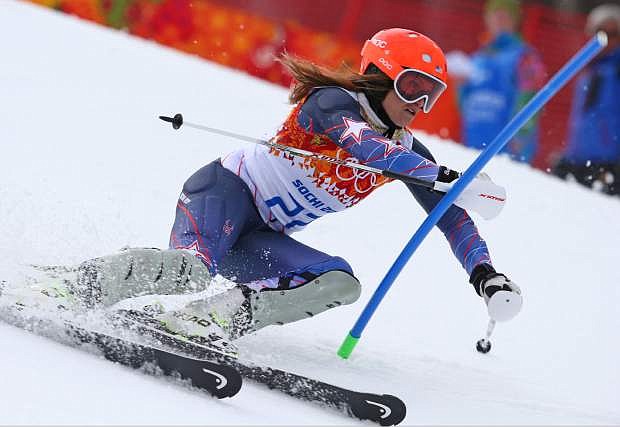 United States&#039; Julia Mancuso passes a gate in the slalom portion of the women&#039;s supercombined to win the bronze medal in the Sochi 2014 Winter Olympics, Monday, Feb. 10, 2014, in Krasnaya Polyana, Russia.(AP Photo/Alessandro Trovati)