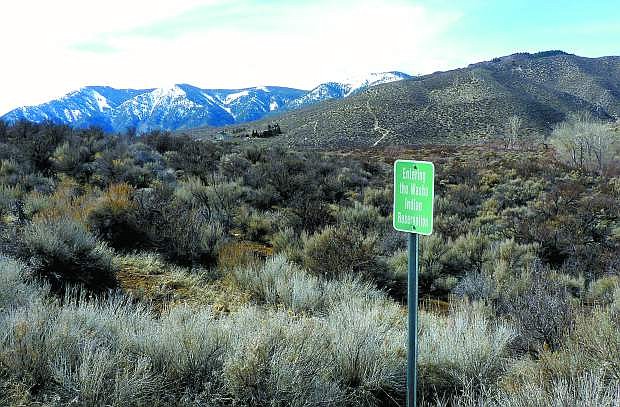 The 80-acre lower Clear Creek parcel belonging to the Washoe Tribe is proposed as the site of a motocross track.