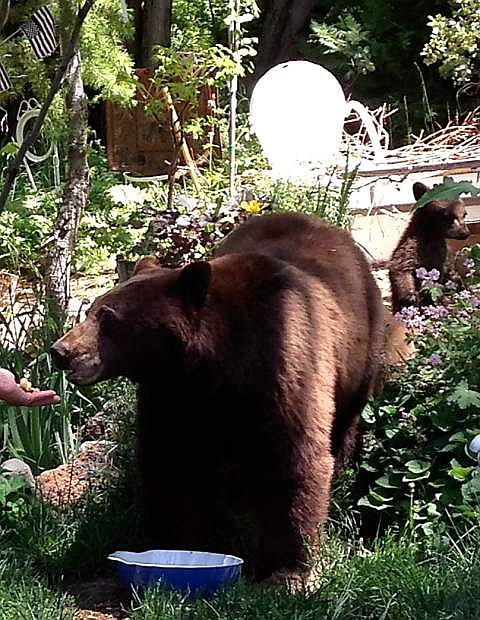 An Incline Village resident feeding a bear by hand.