Amid slump, stocks’ drop the biggest in two months 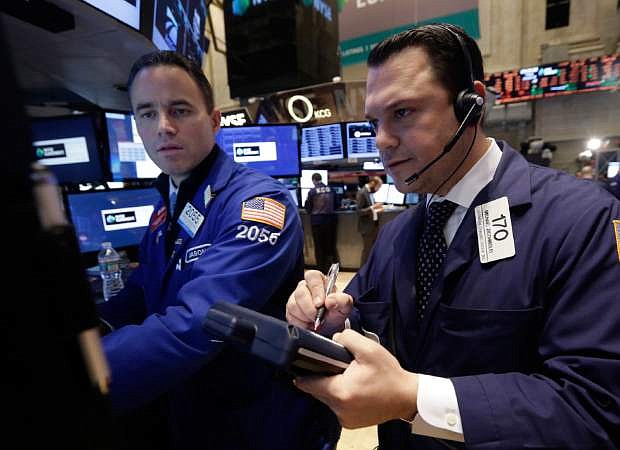 FILE - In this Friday, Jan. 10, 2014, file photo, specialist Jason Hardzewicz, left, and trader Michael Zicchinolfi work on the floor of the New York Stock Exchange. U.S. stock futures were lower shortly before the opening bell, Monday, Jan. 13, 2014, on a week where the pace of company earnings reports picks up. (AP Photo/Richard Drew, File)