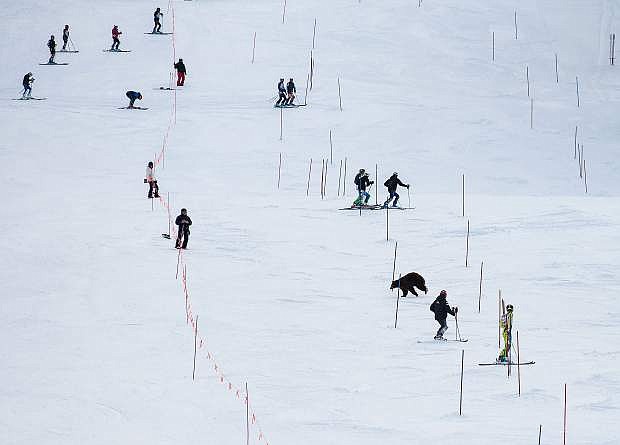 A black bear ambled across the World Cup run at Heavenly Mountain Resort in South Lake Tahoe during the Far West Masters race. Skiers took a brief pause to let the bruin cross the slope without incident and disappear into the woods on the other side.