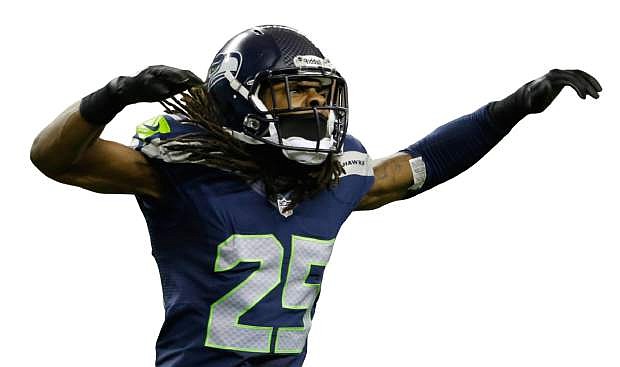 Seattle Seahawks&#039; Richard Sherman celebrates after the Seahawks score a safety in the first half of an NFL football game against the San Francisco 49ers, Sunday, Sept. 15, 2013, in Seattle. (AP Photo/Elaine Thompson)