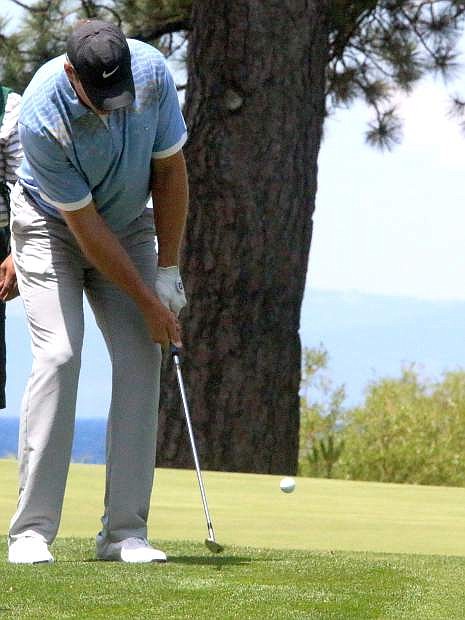 Former NFL quarterback Billy Jo Tolliver hits his second shot out of the rough on the 16th hole during Saturday&#039;s second round of the American Century Championship at Edgewood Tahoe Golf Course