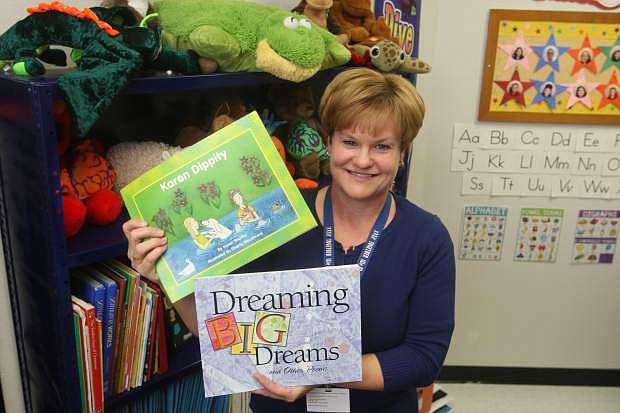 Karen Shaffer displays her work that was recently published.