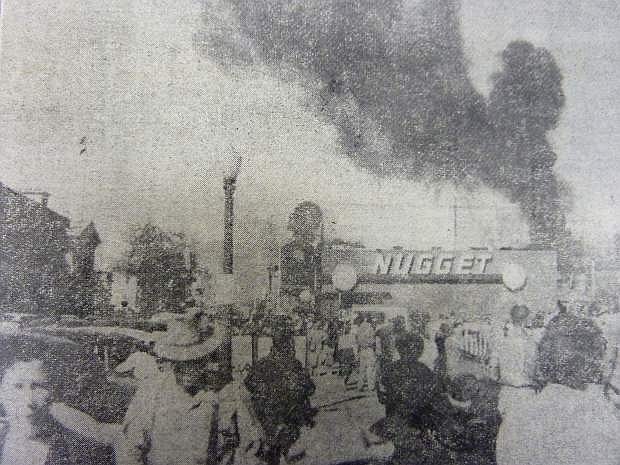 From the Nevada Appeal on Nov. 1, 1954: Attracting all attention from festivities of the Nevada Day celebration on Nov. 1, 1954, was the fire that broke out in the Nugget shortly after the parade. A grease chute in the club burst into flame sending clouds of black smoke into the air and filling the gaming house.