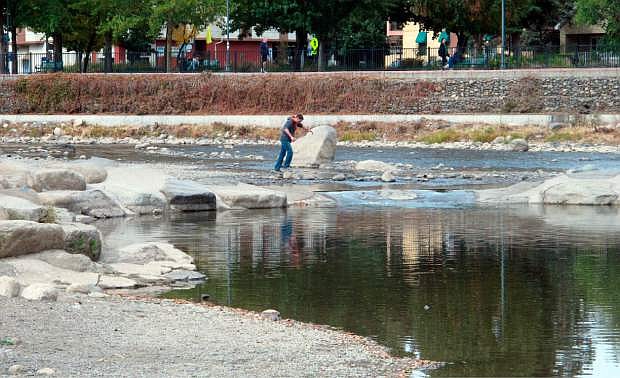 A man crosses the Truckee River in Reno. Nev. on Friday, Oct. 17, 2014, over shallow rocks not usually above the surface at the mouth of a whitewater kayaking park. Lake Tahoe dropped below its natural rim level for the first time in five years this week, which cut off flows into the river as it meanders 30 miles down the Sierra and through Reno on a 90-mile journey to Pyramid Lake. (AP Photo/Scott Sonner)