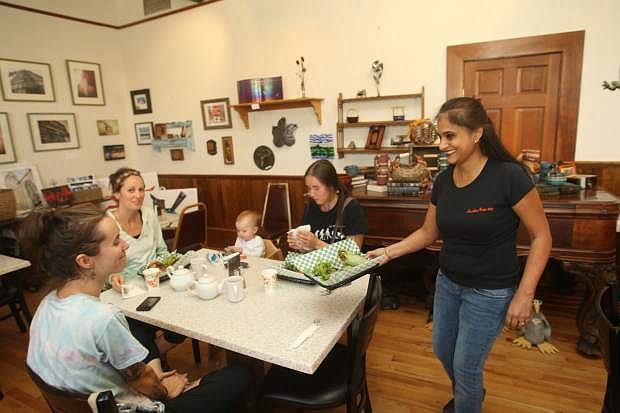 Rupal Martinez, owner of Foodies Bystro, which is located in the Brewery Art Center, serves lunch to customers on Tuesday.