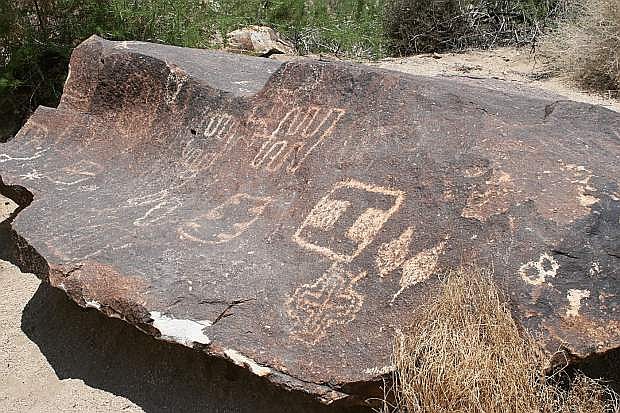 Grapevine Canyon near Laughlin is a natural oasis and historic petroglyph site.