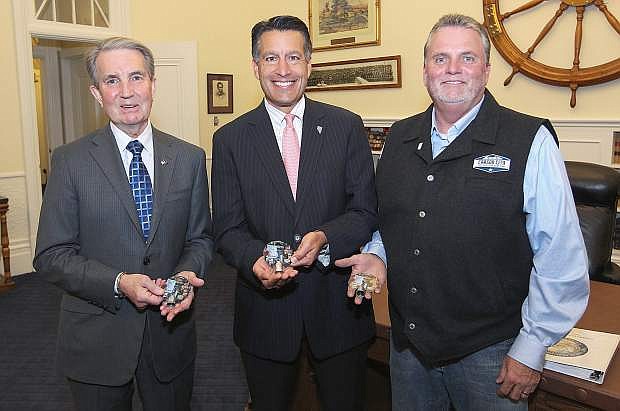 Mayor Bob Crowell, left, and Carson City Visitors Bureau Director Joel Dunn, right, present Gov. Brian Sandoval with the first in a series of limited edition, commemorative Sesquicentennial bells, at the Capitol. The bells are available for sale at the Visitors Bureau at 716 N. Carson Street beginning on Monday.