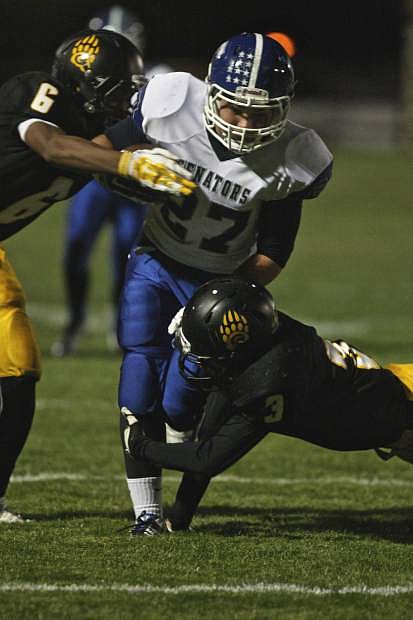 Carson&#039;s Seamus Burns gets taken down by Galena&#039;sTravis Bohall and Jered Spotted Bear in the first half Friday night at Galena High School.