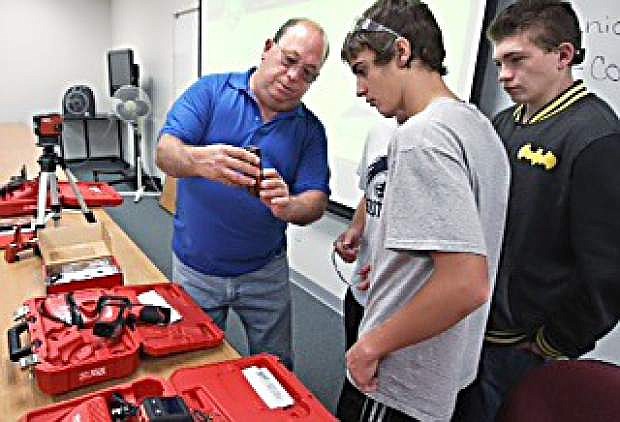 Instructor Robert Ford demonstrates a laser level to a group of Silver Stage High School students during a Careers in Construction Month event at Western Nevada College on Friday.