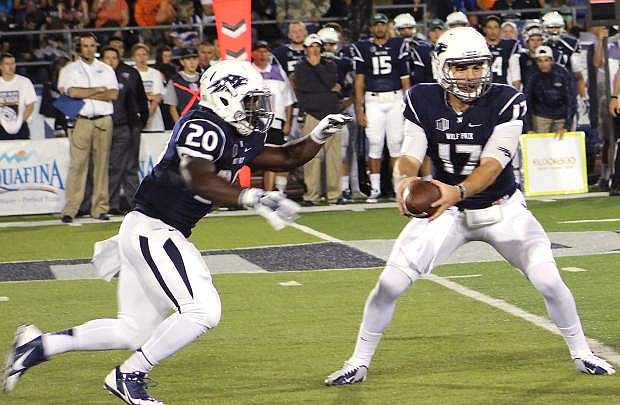 Nevada quarterback Cody Fajardo, right, hands off to James Butler during a game this year. The Wolf Pack hosts San Diego State on Saturday at Mackay Stadium in Reno.