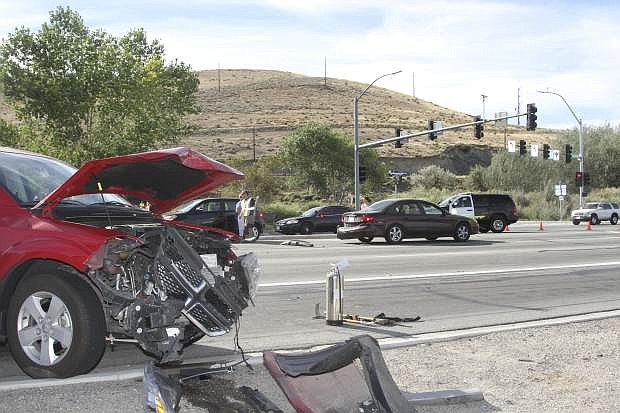 Wrecked vehicles are shown near the intersection of Carson and Fairview in Carson City Saturday.