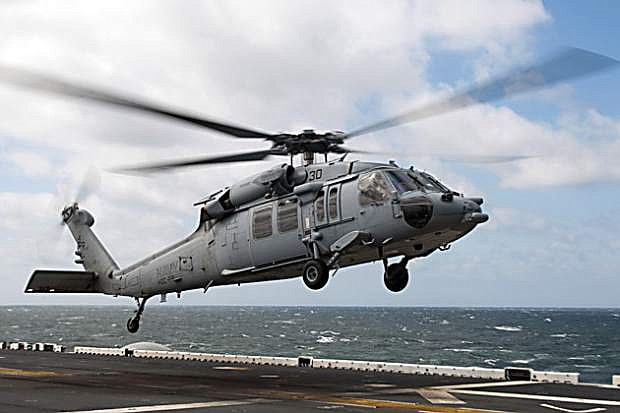 An MH-60S Sea Hawk helicopter takes off from the flight deck of the amphibious assault ship USS Kearsarge (LHD 3). A helicopter similar to this one crashed in Dixie Valley on Tuesday.