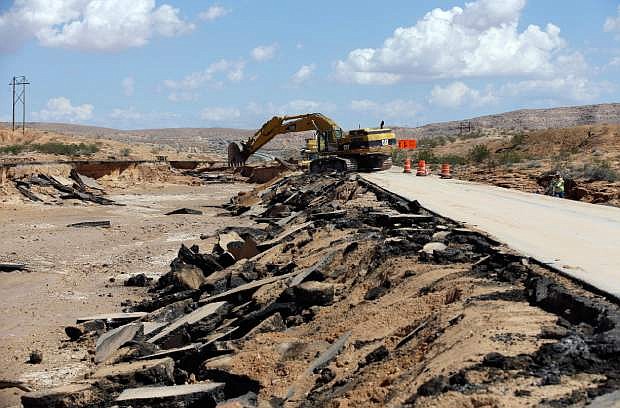 Construction crews work on a flood damaged area of Interstate 15 Tuesday, Sept. 9, 2014, near Moapa, Nev. Flood damage caused the closure of the interstate which is the main road between Las Vegas and Salt Lake City. (AP Photo/John Locher)