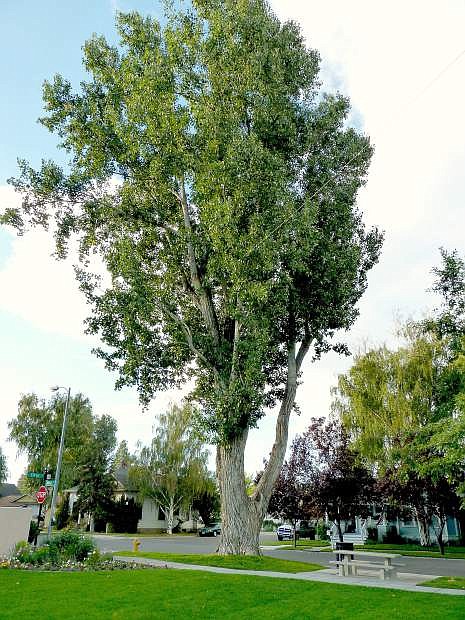 One of the last two old cottonwood trees at the corner of Mono and 5th streets in Minden Park.