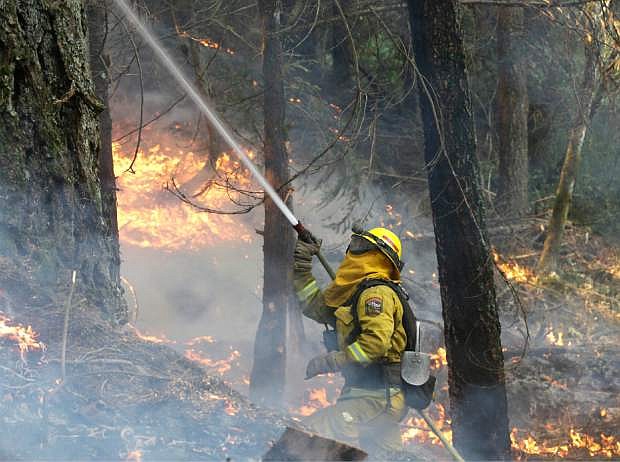 A firefighter waters down a tree as flames approach a containment line, while fighting the King fire near Fresh Pond, Calif., Thursday, Sept. 18, 2014. Authorities arrested Wayne Allen Huntsman, 37, Wednesday and has charged him with deliberately starting the Northern California wildfire that has burned more than 70,000 acres and is only 5 percent contained.(AP Photo/Rich Pedroncelli)