Musselman excited about new Nevada job after coaching in NBA 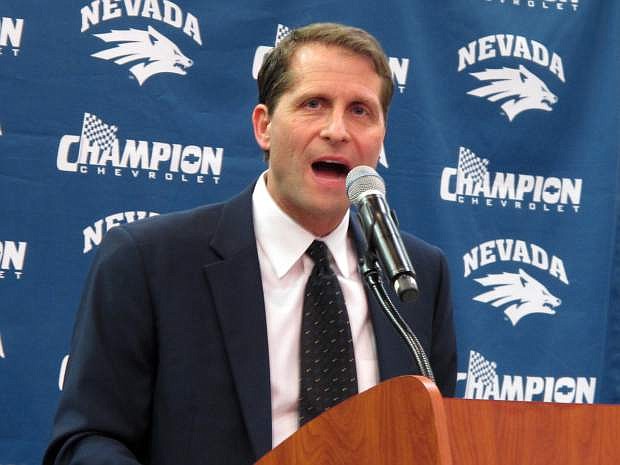 FILE - In this March 26, 2015 file photo, new University of Nevada head basketball coach Eric Musselman addresses reporters at the Lawlor Events Center in Reno, Nev. The former NBA said Sunday, March 29, that one of the things he&#039;s looking forward to most about his new job at Nevada is the opportunity to be a lasting influence in the lives of young men. (AP Photo/Scott Sonner, File)