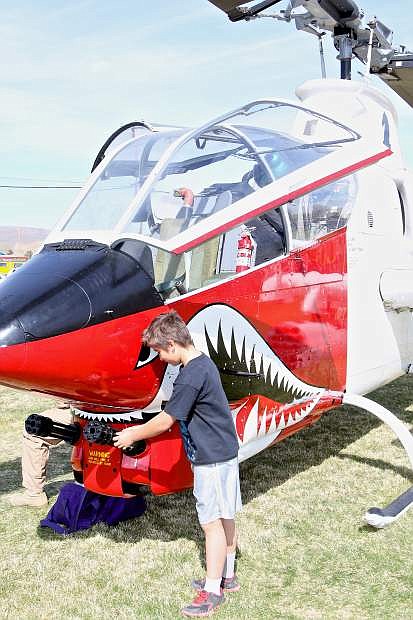 Dominic Perry, 12, of Dayton looks at the Gatling guns on the nose of a Huey Cobra Saturday at Mills Park.