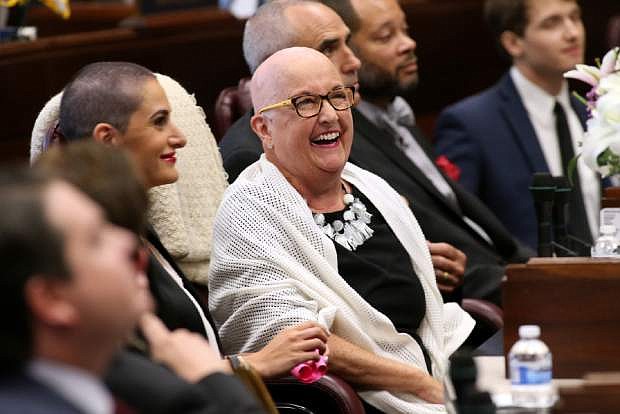 Nevada Sen. Debbie Smith, D-Sparks, center, is recognized on the Senate floor at the Legislative Building in Carson City, Nev., on Wednesday, April 8, 2015. Smith returned to work Wednesday, two months after having a malignant brain tumor removed. Her daughter Erin Marlon, on her right, and husband Greg, on her left, both shaved their heads with her. (AP Photo/Cathleen Allison)