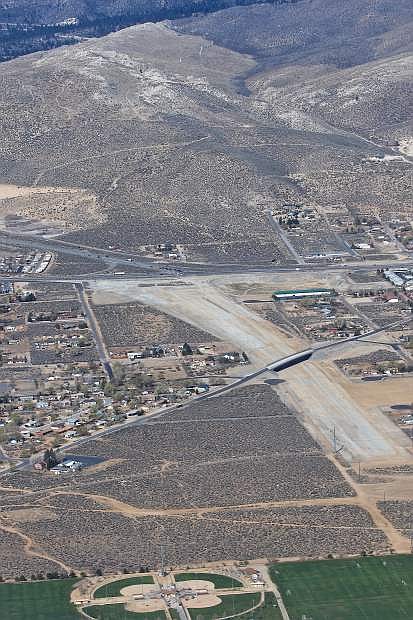 The future junction of I-580 and Hwy. 50 as seen from the air Thursday morning above Carson City.