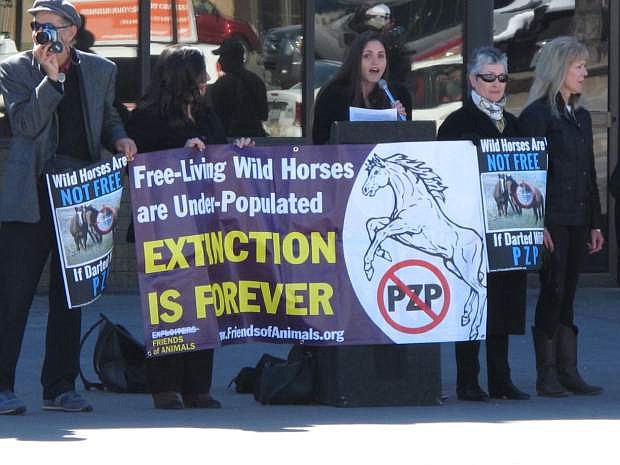 In a Feb. 26, 2015 photo, Edita Birnkrant, campaigns director of the New York-based Friends of Animals, speaks at a rally in Sparks, Nev., protesting plans to roundup hundreds of wild horses in Nevada and inject dozens of the mares with PZP, a drug that prevents them from reproducing for two years. Her group and the San Francisco-based Protect Mustangs are lashing out against other horse advocates who support the use of the drug, including the American Wild Horse Protection Campaign and the Humane Society of the United States. (AP Photo/Scott Sonner).