She’s setting her sights on winning a championship 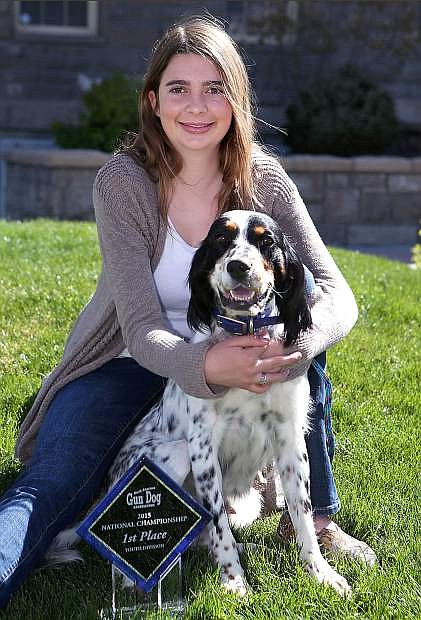 Laura Pradere, 13, and her dog Bandit recently placed first in the youth division of the North America Gun Dog Association&#039;s championship in Wiggins, Colorado. Pradere is a fifth-generation Nevadan who will compete this weekend in the U.S Bird Dog Western States National Championships in Mound House.