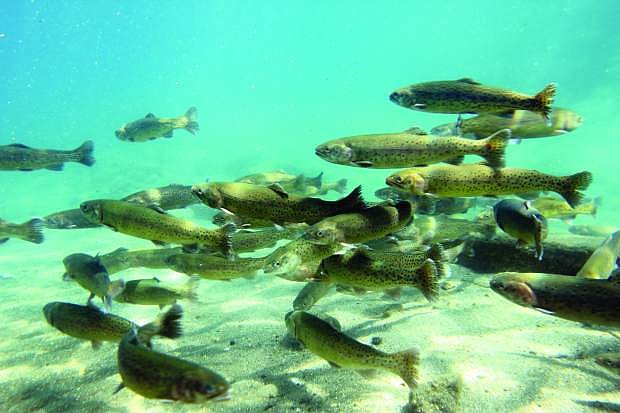 Lahontan cutthroat trout swim in a school in this file photo after being released into Lake Tahoe near Cave Rock by the Nevada Department of Wildlife.