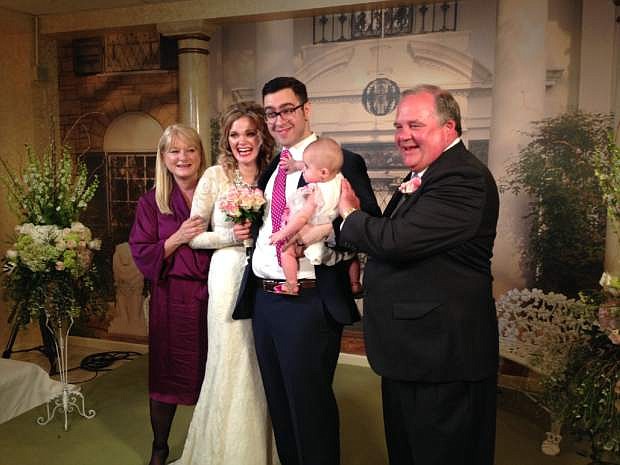 In this photo taken on Thursday, April 23, 2015, newlyweds Kaycee Satava, second from left and Cameron Baker, second from right with 6-month-old daughter Lucy pose for wedding photos with Satava&#039;s parents Joyce and Rick inside Elvis Presley&#039;s Graceland Wedding Chapel in Las Vegas, Nev. The couple&#039;s wedding was the first for the chapel, a prize won via the Today Show and filmed live Thursday morning. (AP Photo/Kimberly Pierceall)