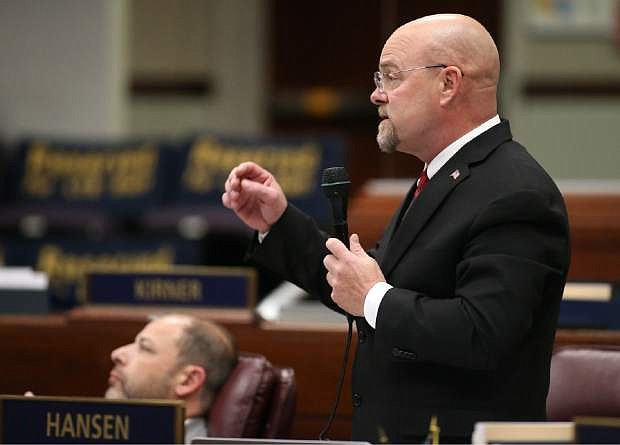 In this April 21, 2015, photo, Nevada Assemblyman Ira Hansen, R-Sparks, speaks during Assembly floor debate about a bill that would require transgender students to use school facilities based on their biological gender, in Carson City, Nev., on Tuesday, April 21, 2015. The Nevada Assembly rejected the bill that outraged transgender advocates. (AP Photo/Cathleen Allison)