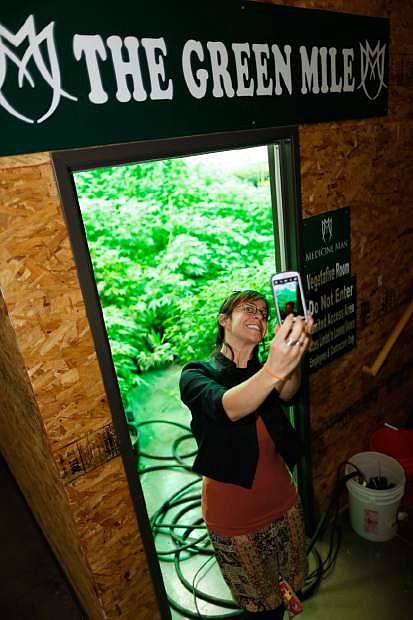 In this photograph taken Saturday, April 25, 2015, Reno, Nv., consultant Rebecca Gasca stops to take a &quot;selfie&quot; photograph in front of the doorway leading to &quot;The Green Mile,&quot; the main grow room in a marijuana retail and grow operation in northeast Denver, as a contingent of Nevada lawmakers, their staffers and a handful of lobbyists toured the facility. Nevada lawmakers who were on the fact-finding mission say that they came away quite impressed with the level of refinement that has been achieved in the recreational marijuana industry in Colorado since its inception. (AP Photo/David Zalubowski)