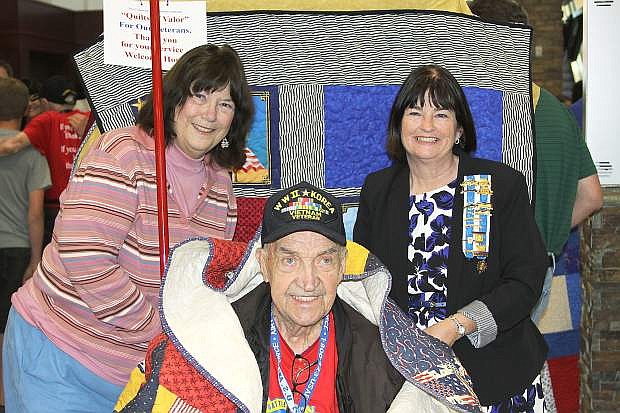 Robert and Donna Curtis, along with Carson City Supervisor Lori Bagwell, right, are seen at the Reno-Tahoe International Airport when Robert returned from the District of Columbia after an Honor Flight to Washington, D.C.