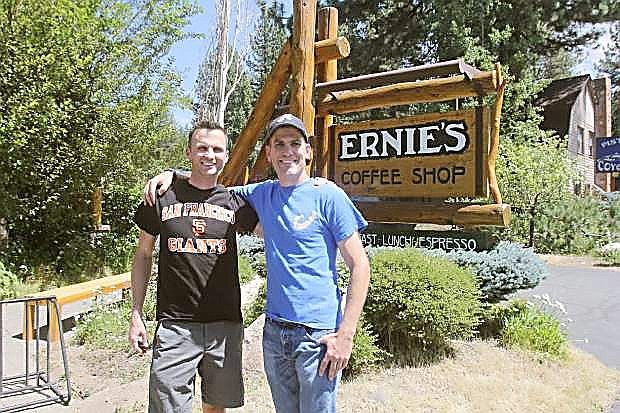 Nathan Bergner, left, and Kent Baer took over as new owners of Ernie&#039;s Coffee House and Cafe on Aug. 1. The South Lake Tahoe natives purchased the business from Paul and Judy Bruso after 34 years at the helm.