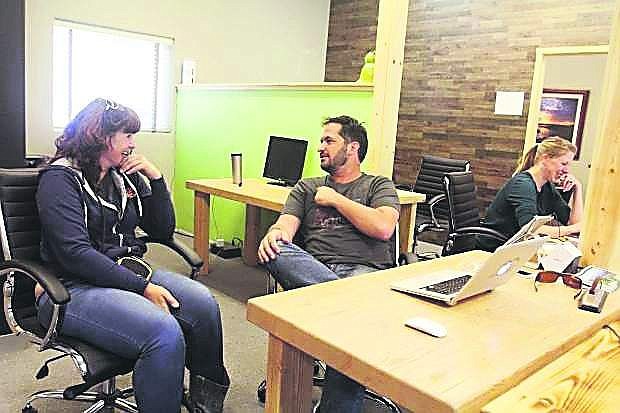 Lara Miller (left) and Aaron Darke chat during a break. Miller, who owns her own public relations company, moved to South Lake Tahoe from San Francisco, while Darke, who runs his own marketing company, came from Australia with his family.