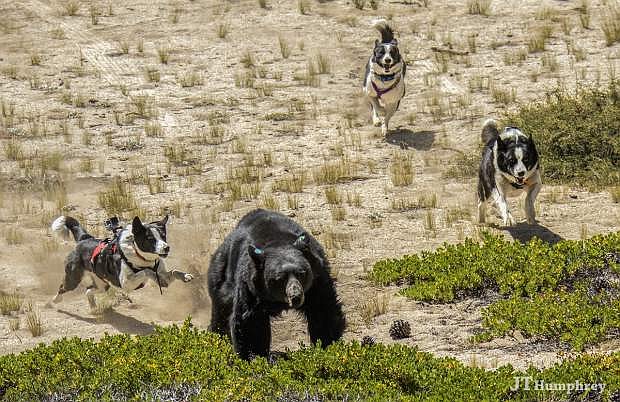 Karelian Bear Dogs Sputnik, Dazzle and Rooster chase a 5-year-old, 225-pound black bear Monday near Hobart Reservoir after it was trapped near Aspen Park in the Gardnerville Ranchos Sunday afternoon. Bear dogs are commonly used as an &#039;aversive conditioning&#039; tool during releases like this one to hopefully lessen bear/human interactions in the future.