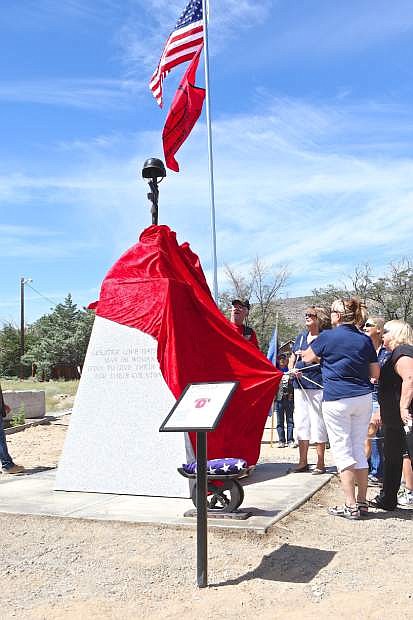 Gold Star and Blue Star mothers unveil a monument Saturday dedicated to U.S. soldiers killed in action. The Ghost Soldiers Motorcycle Club is responsible for having the monument erected in Kiwanis Park in Dayton, adjacent to Highway 50.