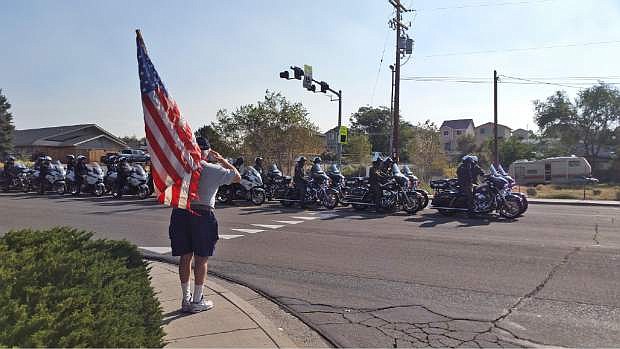 A man salutes motorcycle officers as they leave a Carson City mortuary to escort the body of Carson City Deputy Carl Howell to his funeral on Aug. 20, 2015 in Carson City, Nev. Howell was killed in the line of duty on Aug. 15. (AP Photo/ Michelle Rindels)