Smoke, haze on tap, but may ease a tad 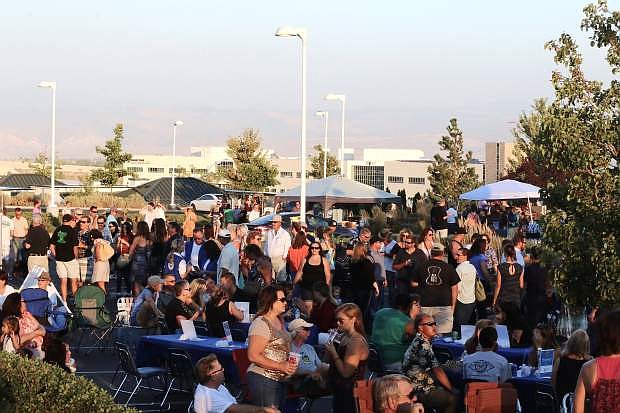 Smoke from California wildfires cover the mountains above as people enjoy Hopefest at the Carson-Tahoe Cancer Resource Center Friday night. For more photos, see page A4.