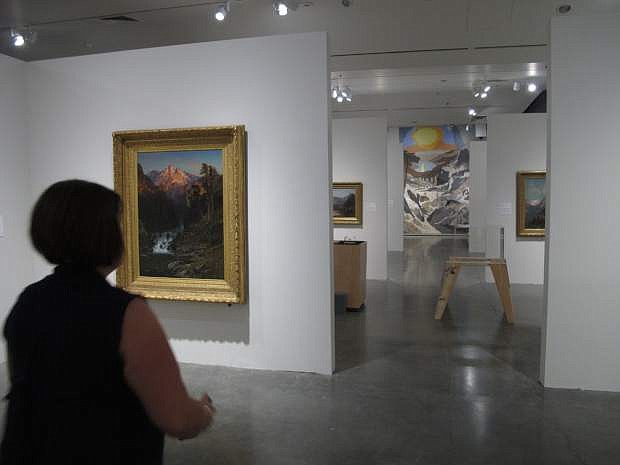 Ann Wolfe, senior curator of the Nevada Museum of Art, stands in front of the new exhibit, ``Tahoe: A Visual History&quot; on Aug. 18, 2015 in Reno, Nev. For the first time, all 15,000-square feet of the museum&#039;s gallery space is devoted to a single theme with 400 objects by 175 painters, photographers, architects, basket weavers and sculptors. (AP Photo/Scott Sonner)