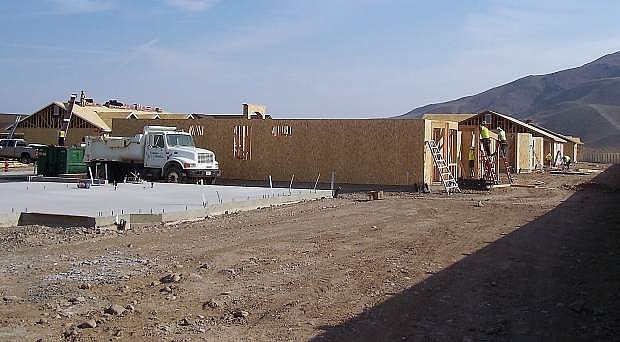 Houses in various stages of construction in Damonte Ranch are seen in the La Casata development by Di Loreto Homes of Nevada.