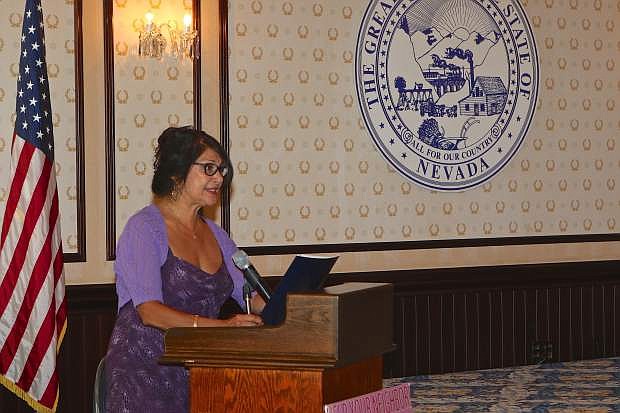 Yolanda Garcia from Senator Harry Reid&#039;s office speaks to the crowd Saturday at the ESL 11th Award Appreciation Ceremony at the Governor&#039;s Mansion.