Military planes on display and in the air 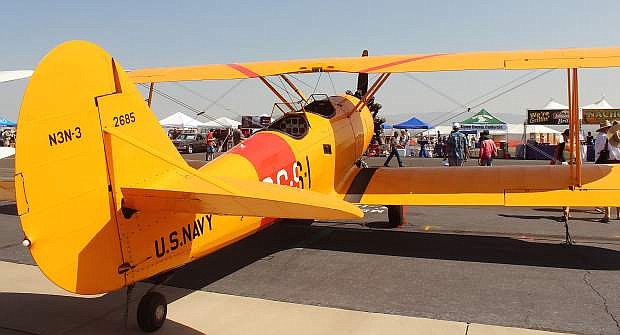 A Navy single-engine plane built in 1941 shows how far design has come in 74 years.