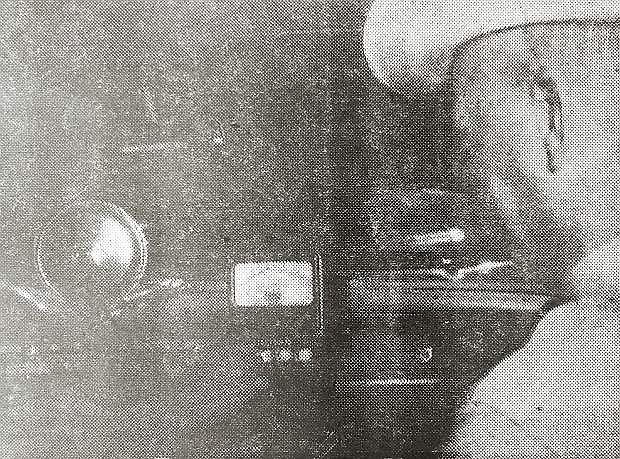 Sheriff Howard Hoffman watches as Chief Deputy Marshal Robert Humphrey clocks a car at 60 mph on the new radar set installed in Carson police cars. Speed is read on the main gauge; the disc to the right has two prongs in front which supply the signal. Speed can be determined in any direction by turning the prongs.