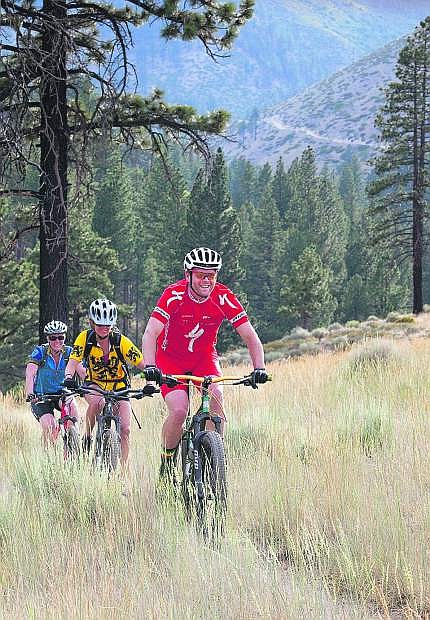 Bikers ride the Ash Canyon trails above Carson City on June 30. The 7-mile trail connecting Ash and Kings canyons in the hills east of Carson City will officially open this weekend with a ribbon-cutting ceremony on Saturday.