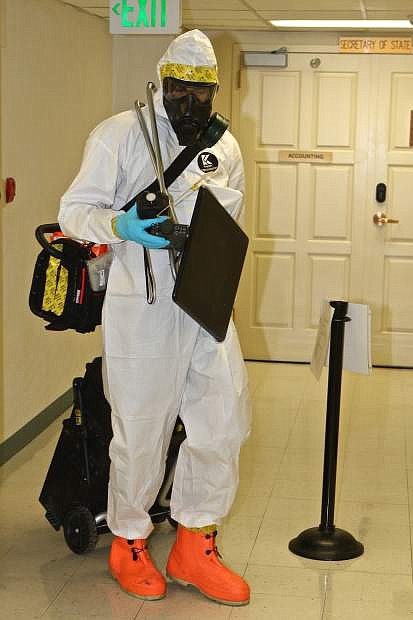 Staff Sergeant Richard Jager is seen in a hazmat suit bringing monitoring equipment into the basement of the State Capitol Wednesday morning during a 92nd Civil Support Team drill.